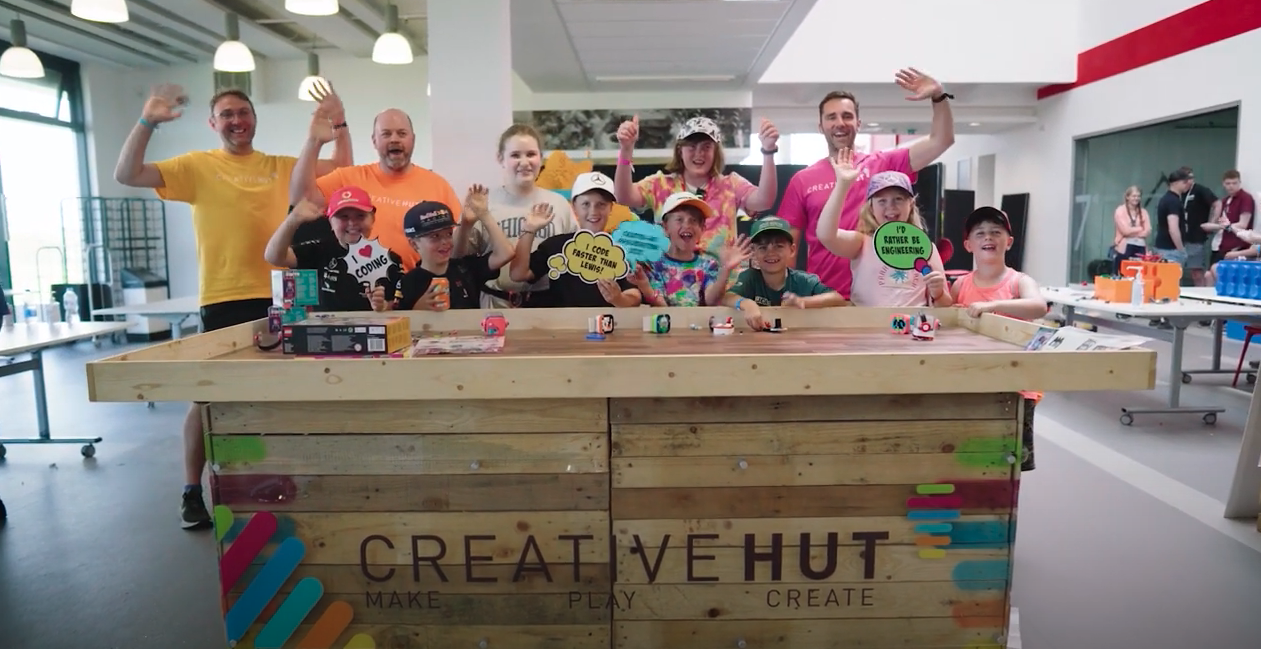 After being locked out the previous year due to Covid restrictions, a crowd 140,000 strong returned to Silverstone for the British Grand Prix at Silverstone in the summer of 2021 and his time CreativeHUT were on hand to provide edutainment for the whole family.

The F1 can be a long day for young fans waiting to catch a glimpse of their favourite drivers, so the challenge was on to provide fun, yet enriching STEAM experiences between the action taking place on the track. 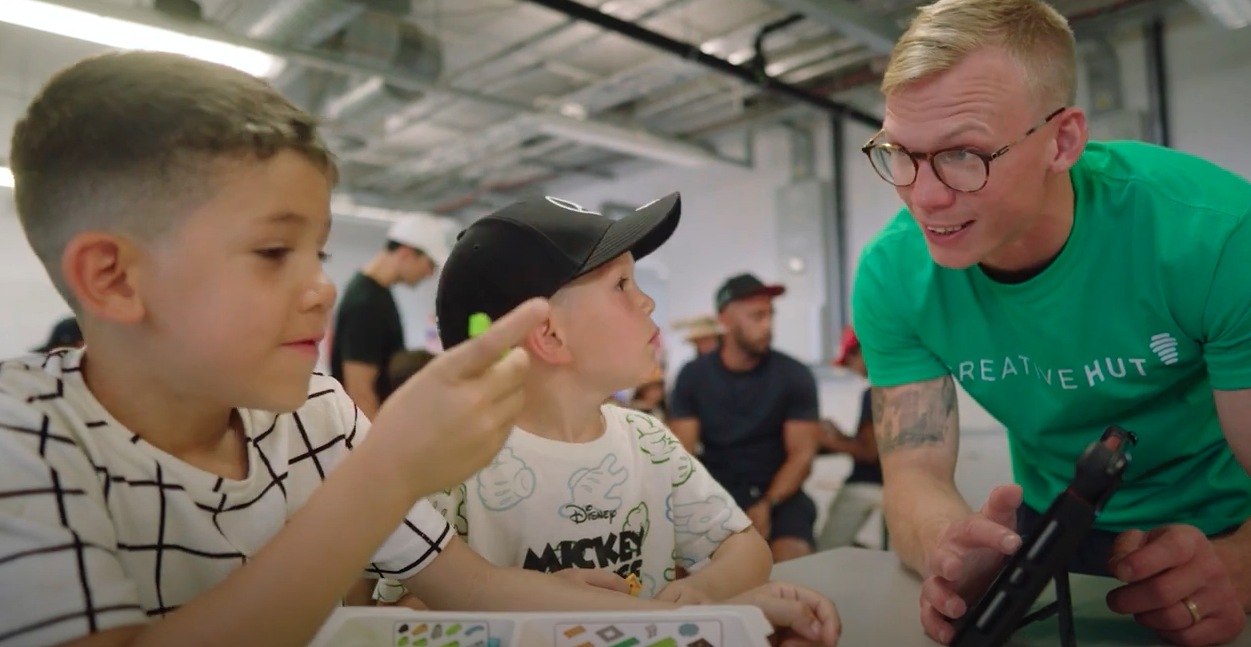 The CreativeHUT section of the fan zone included everything needed to keep the young motorsport enthusiast happy from LEGO® racing cars, robotics & coding experiences, 3D printing and a giant interactive LEGO® build of the Stig built by hundreds of children.

It wasn’t just the kids who enjoyed themselves as many parents were transformed back to their childhoods as they enthusiastically built and tested the LEGO® cars and let their competitive sides come out when there were prizes to be won! With such a well rounded program of activities for the whole family it was no surprise that the stands were crowded and quite often the same faces returned day after day.

“There was just so much to keep the children entertained! Big thumbs up from our family.”

STEAM education and the F1 made for a fantastic combination as it was great to see bright young minds build confidence in coding & robotics and inspired to become the motorsport engineers of the future. Edutainment experiences from CreativeHUT deliver plenty of fun, smiles and laughter while being centred around learning through play and the development of essential 21st century skills such as problem solving and critical thinking.

CreativeHUT are able to tailor Edutainment experiences for all manner of events, so if you would like to discuss one of our packages, don’t hesitate to get in touch today!

Provide your details and we will reach out, to discuss your event! 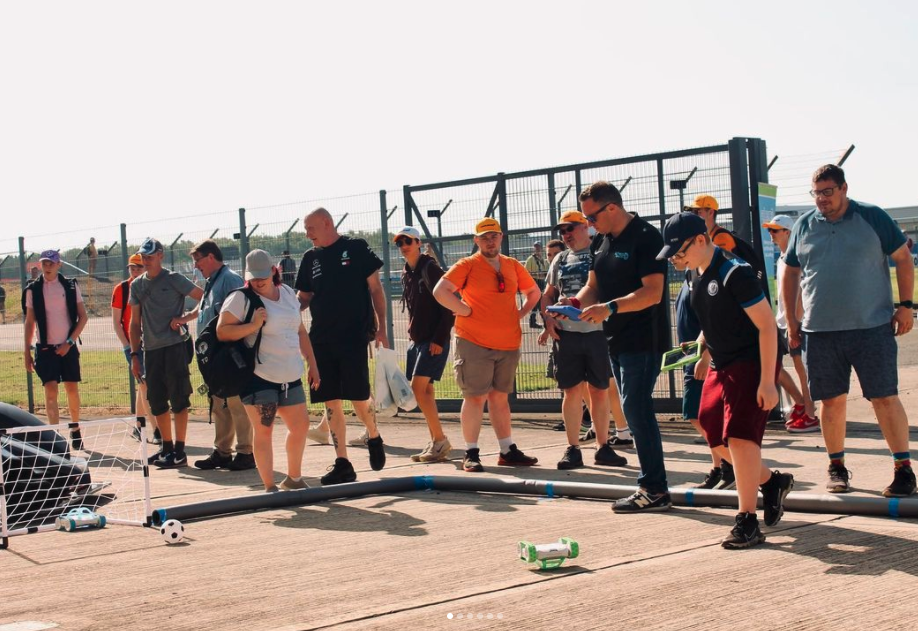 This website uses cookies to improve your experience while you navigate through the website. Out of these cookies, the cookies that are categorized as necessary are stored on your browser as they are essential for the working of basic functionalities of the website. We also use third-party cookies that help us analyze and understand how you use this website. These cookies will be stored in your browser only with your consent. You also have the option to opt-out of these cookies. But opting out of some of these cookies may have an effect on your browsing experience.
Necessary Always Enabled
Necessary cookies are absolutely essential for the website to function properly. This category only includes cookies that ensures basic functionalities and security features of the website. These cookies do not store any personal information.
Non-necessary
Any cookies that may not be particularly necessary for the website to function and is used specifically to collect user personal data via analytics, ads, other embedded contents are termed as non-necessary cookies. It is mandatory to procure user consent prior to running these cookies on your website.
SAVE & ACCEPT
Speak to us about your Event!
Fill in your information below and a member of our team will be in touch.